Junior high was the darkest time of my life. I was bullied heavily at school because of my personal hygiene (or lack thereof) and various family-related issues. My family had always fought over one thing or another. I had an abusive pedo girlfriend who was much older than I was. That was why I enjoyed every little moment that I shared with others who weren’t actively trying to hurt me in one way or another.

I’ve always enjoyed talking to girls compared to talking to guys - and I don’t just mean because I want to get laid or anything weird like that - I just felt like I clicked with them better. Most girls at the time, of course, weren’t willing to talk to me because I’m just not an interesting guy and was super awkward. All that that was going through my mind was, “What if I were a girl? Would that make me blend in easier?” 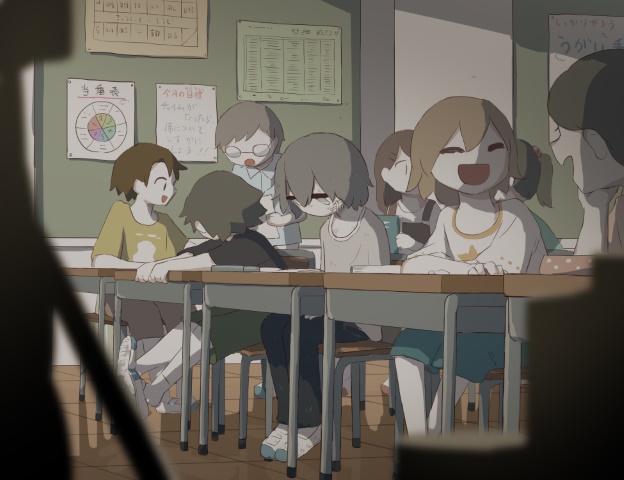 I… forgot the specific details, but I remember hanging out with few girls who were, at the very least, willing to talk to me. I remember telling this one girl, when I was late into junior high, that I wished I were a girl. I wanted to get an SRS (Sex Reassignment Surgery) done. You, the reader, probably guessed that I never went through with that plan. Telling a relatively traditional family that was always fighting with each other, and who weren’t doing exactly financially well-off, about the idea of getting your sex changed? What a joke. 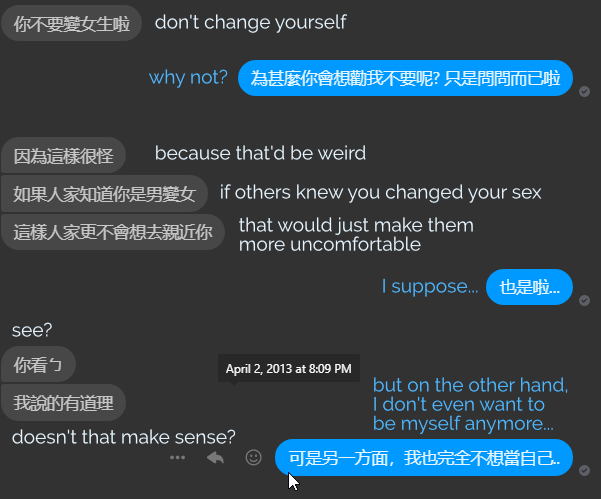 What was then a simple and innocent idea has followed me for decades to come. The idea of being a girl followed me whenever topics related to gender, sex, and whatnot popped up. It never left.

I like being with girls, but because of my physical sex, it’s challenging to have a “normal” sleepover without making it weird or getting weird looks from their parents.

I like the idea of dressing up and making myself look attractive, but no, the society we live in despises the idea of crossdressing - not to mention, because of my physical appearance, it’d just make me look like a freak anyways. 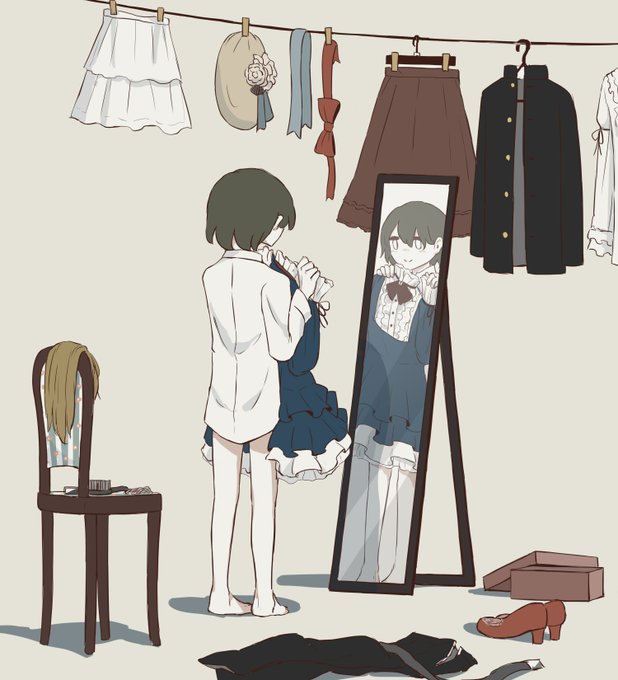 The idea of liking anime and having cute collectibles? Absolute non-sense. Guys shouldn’t be into things like this. It’d just make you look like a creep and a closet pervert.

I like many traits that would make a “female” attractive, but it just… wouldn’t work. Writing this actually makes me feel mentally drained and depressed - that’s how much it affects me. It makes me genuinely hate my life and wish that I could start over again. 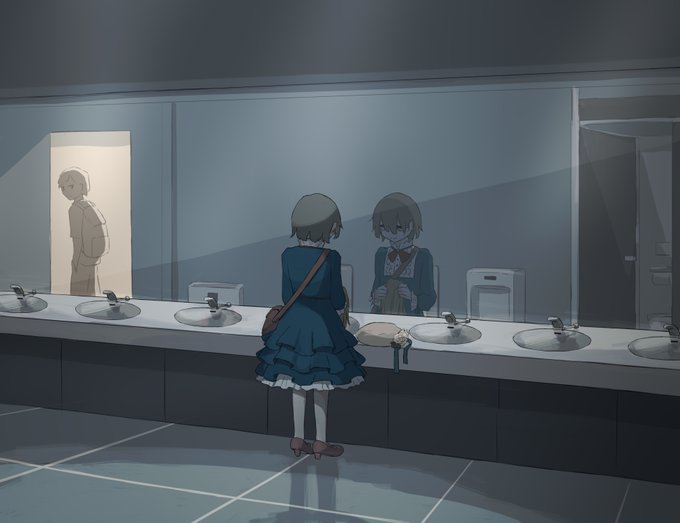 A few years back, I learned of the term “Gender Dysphoria.” I knew that there had got to be a term for what I’m experiencing right then, but I did not know what it was called. Finally.

People who have gender dysphoria feel strongly that their gender does not match their biology.

For example, a person who has a penis and all other physical traits of a male might feel instead that he is actually a female. That person would have an intense desire to have a female body and to be accepted by others as a female. Or someone with the physical characteristics of a female would feel her true identity is male.

This perfectly describes me. Yet, it’s not like I can do anything about it. Some might ask, “Why not just go trans and have your physical sex altered?” First of all, can you imagine all the financial burdens that one would have to go through just to get all that done? I just… can’t justify it. Second, it’s just… still not the same. I could poke and prod with my body all I want, but in the end, I still have a build of a man, the voice of a man, features of a man. 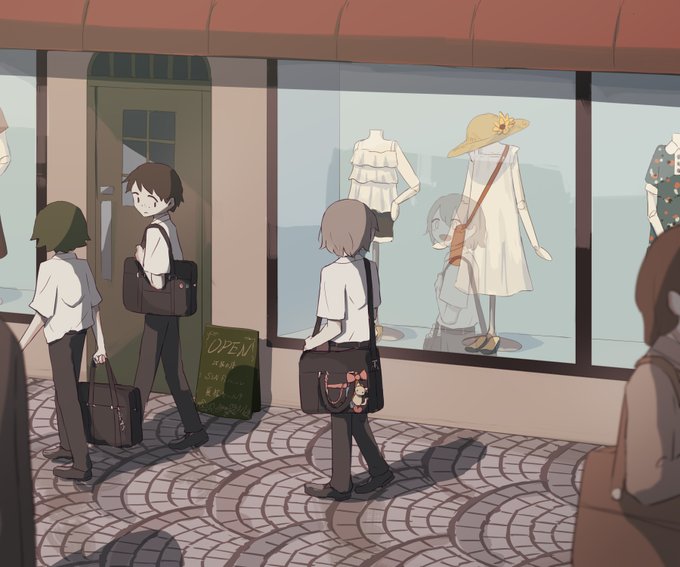 Earlier this year, I had to deal with the compulsory conscription service in Taiwan. Essentially, all adults are legally required to serve in the military for a while in Taiwan. The idea of which is impossible for someone who has severe social anxiety, and, in general, hate to be with large groups of male. This further added to my anxiety. You might think, “What’s the big deal? It’s just military service.” The fear and stress I get from the idea of conscription are beyond the physical limits of my body, but also the idea of being trapped in an environment that I don’t want to be in. If you don’t understand where I’m coming from, just try to think of it from the perspective of a girl who has to be in a boy school for an extensive period of time. It’s just… not great. I’m still in the middle of getting a psychiatric evaluation, which will take place in late August this year, which would ultimately determine whether or not I need to fulfill the conscription.

All of this plus all the other stress in life… What’s there to do? I don’t know. I… don’t know.

I’m still me. There’s no way around it.

You may also enjoy

Impact of lockdown in Taiwan and my personal life.